TradNux 2d Animator
version 0.9.8
Tradnux Animator is a 2d animation tool designed to help people in the indie game development scene to quickly create dynamic animated character sprites for their game projects. You can build a 2d character figure by adding and eventually creating a hierarchy of nodes or pivot points which you can rotate and resize, ultimately allowing you to create a body parts joined together which you can animate by simply adding frames and manipulating the pivot points.

See the animated sprites samples above? Tradnux Animator can help you produce sprites and graphics like that.

The Fighting Afroguy above is an example of animated polygon figure which Tradnux supports, allowing you to choose different polygonal shapes and apply color or textures to them. With this you can create “Iji” game style graphics easily.

The Fighting Girl in Blue above is an example of animated sprite based figure which you can create in Tradnux Animator, this will give your character figures more detailed appearance and more flexible animations. Tradnux allows you to import images/sprites (.png and .gif) and assign them to any nodes/points. With this, you can even reuse animations and re-skin your figure with different character sprites.

Tradnux can save/load your work, and it can export your animation into sequenced PNG files.

This tool will be similar to Tahnok’s “Skeleton” tool (that, Tractimation and Pivot are my inspiration in creating Tradnux Animator) in that it has the same method of animating a structured figure. However Skeleton hasn’t been updated for many years now, it is missing on some upgrades in GM, specifically the native support for PNG for better sprite quality. I always planned on making this tool for my own use, but it will really prove helpful enough for others.

This released version is the earliest beta release, most functions are not yet implemented. And of course bugs are always there, so please report them ASAP.

Also excuse me for the lack of guide or examples for to get the idea on how to work with it. I will make it up to you in the next reupload. 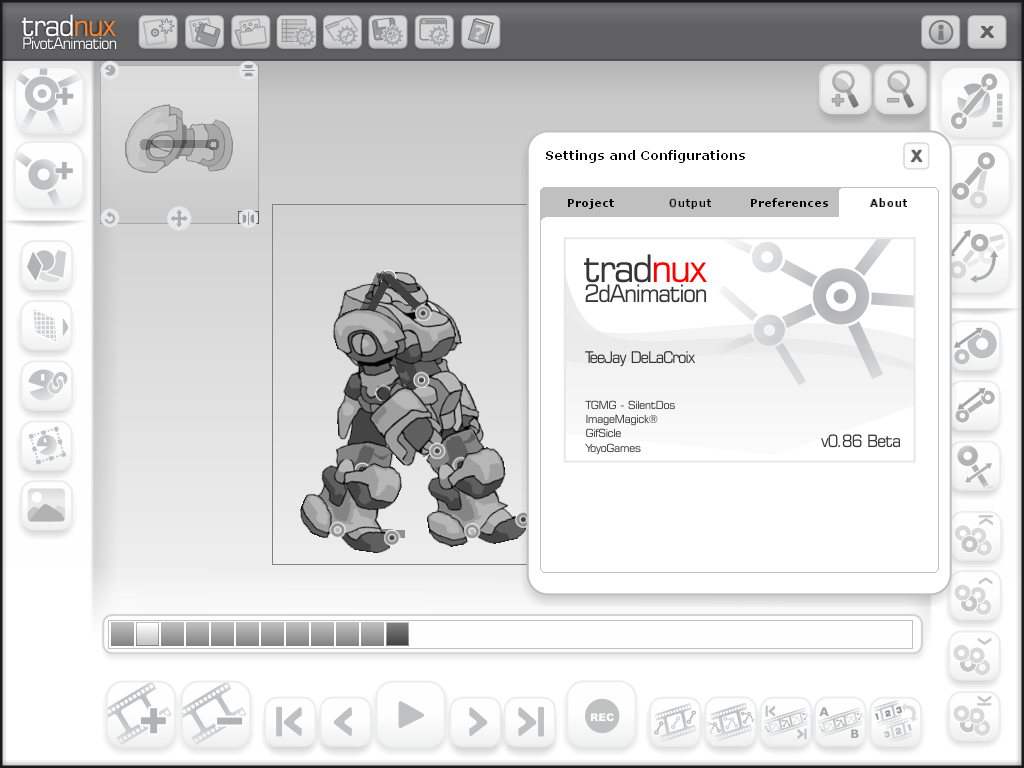 Download Links:
(Note: I will now start uploading archived files (.rar) from now on since there will be multiple files required in the future)

Back compatibility for saved files from this version may not be supported on future versions.

There are also sample files (included in the download) you can load to Tradnux.

Please try it and then give me some feedbacks; comments, suggestions, recommendations, anything.