As you may know GraphicsGale had been my go to pixel art editor for years, it’s a great free software and it has served me well, I have even contributed some positive comments about it on Slant talking about the best pixel editing programs out there. But there is one thing that seems missing from it ever since, a feature such as a “live” tile set editing.

The story is I wanted to design an overland or world map view in pixel art as a full image, but then I realized I may be wasting too many memory loading a huge 1500×1500 single image on the game when I can create a tileset instead to construct the map, along with other advantages as well such as being able to create variants, or even creating a map of even larger size. Then I opened my GraphicsGale and started working… but after a while I felt the need for a different tool, something that is specifically made to edit tile sets, and that’s how I ended up with Pyxel Edit.

Pyxel Edit (as of the time of this writing) is on beta, but I was convinced by it based on the positive reviews I read about it. I did looked for other commercial software options as well, like the Cosmigo ProMotion and AseSprite, they looked good, and multitudes of professional artists use them and all but looking at the reviews and some youtube video tutorials, Pyxel Edit appeals to me more for some reason

I first downloaded the “free” version and tested out the tile set editing features which I think was good. The program now is no longer free, but as it is still in beta state the price of $9 quite affordable and you can also enjoy the future updates without ever paying again… and so I purchased Pyxel Edit.

What can I say about Pyxel Edit? 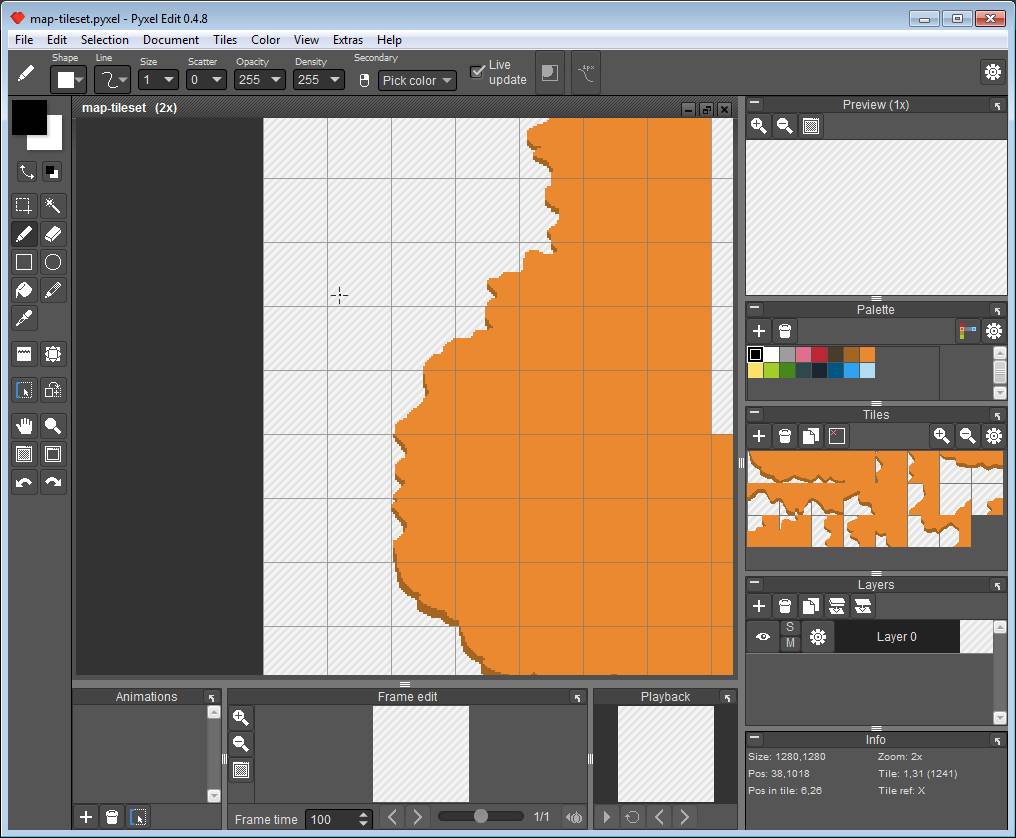 And yet I am only able to use just 40% of what the program is capable of, so I will still update this post to evaluate further my experience upon using it and decide whether this program will replace GraphicsGale entirely.

I will surely spend a lot of time with this tool, I will probably get more accustomed to it and eventually develop a faster workflow.