My favorite pixel editing program has now become freeware. The maintainers of GraphicsGale from Humanbalance Ltd. had the great tool released as freeware since June 18, 2017. The then 1500 yen (around 13 US dollars) is now available for download as a portable and an installable freeware. 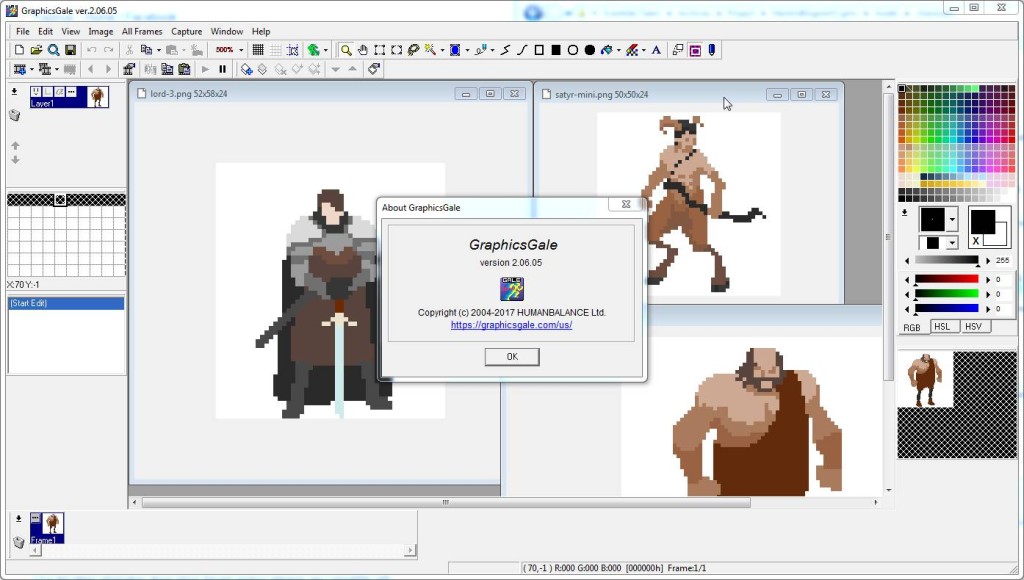 Ever since first time I used this program I loved it and has become a mainstay in my stack of tools. I did tried other similar graphic editors but I keep coming back with GraphicsGale as it has a lot of features specifically geared towards crafting your pixel art and game sprite animations. If you are using it with GameMaker you won’t even need the paid version you can just use it as the default sprite editor for GameMaker since you won’t need the paid features much anyway.

Today there are many tools available out there that are as good or even had more features than GraphicsGale can offer, GameMaker’s sprite editor for one has been improved drastically which may be even better to use alone than hooking other program as default editor for it, the Mac People might also never even heard of GraphicsGale since as I think it is only available for Windows. Yet I can’t imagine using another tool for crafting my pixel arts with. The maintainers are still supporting this program for bugs and issues even after making it already a freebie.